We exist to be the heartbeat of Jesus in the city of Pensacola, Florida

Who We AreGet Involved

We want people to Know God, Find freedom & purpose, Change the tempo of their lives, and Create a new Rhythm for the world around us

We have a Passion for the church to be a place to encounter the true love of Jesus that is Real, Contagious, and Unconventional. Jesus’ ministry was that of Action; He didn’t wait, He Actively pursued people.

Just as Jesus was the physical expression of God’s love, the Great Commission is inviting us to create a NEW SOUND by:

Bridge gaps between the community and the church

Provide feedback and support for education

Participate with the city to enhance the image of our neighborhoods

Engage in local and global missions

Be first to meet the needs of the church and the community.
“Each of you should use whatever gift you have received to serve others, as faithful stewards of God’s grace in its various forms.”

Be committed to loving and reaching the lost.
“For the Son of Man came to seek and to save the lost.”

Be A Team Player

Be a gatekeeper of the unity of purpose to the vision of Rhythm Church.
“How good and pleasant it is when God’s people live together in unity!”

Be A Go Getter

Always be on mission to fulfill the Great Commission.
“Therefore go and make disciples of all nations, baptizing them in the name of the Father and of the Son and of the Holy Spirit, and teaching them to obey everything I have commanded you. And surely I am with you always, to the very end of the age.”

Be willing look past people’s faults and shortcomings and engage in love.
“…Whoever lives in love lives in God, and God in him. In this way, love is made complete among us so that we will have confidence on the day of judgment, because in this world we are like him.”

Be willing to go the extra mile for others.
“If anyone forces you to go one mile, go with them two miles.”

Be committed and ready to serve selflessly.
“Do nothing out of selfish ambition or vain conceit. Rather, in humility value others above yourselves, not looking to your own interests but each of you to the interests of the others.”

At Rhythm Church, we are #ChangingTheTempo

Connect With UsPartner With Us

Vernell and Aisha Adams have been married for 15 years and have made wonderful life together. Vernell met God in a park in Pensacola, Florida at 11 years old when a church would came into the community and brought the gospel to the youth. Although Vernell felt the Lord’s calling to the ministry at a young age, he did not begin moving in that until 2009. Prior to this, Vernell served in the United States Army and as a Police Officer. After serving in ministry several years in both California and Virginia, Vernell felt the Lord’s leading to return back to his hometown.

Vernell has served in multiple areas of ministry, his heart has always been to reach the unchurched and point them to Jesus. Vernell has spent a great deal of time during his undergraduate and graduate degree focusing on uniting families, marriages and pointing them to Jesus. Vernell feel’s that the Lord has called him to go back to his hometown to go to those who otherwise would not come to the church with the love of Jesus.

Aisha has been going to church ever since she can remember. She has a passion for people and connecting them to Jesus. She has also served in multiple areas of ministry. One of her passions is for women and their role as mothers, wives, and most importantly the Kingdom of God. Aisha feels it is important for women to be the godly example to the next generation of women.

God prompted their hearts to plant a church. They both strongly feel God’s leading to plant in Pensacola, Florida. They are excited to start this new chapter of our lives and what God’s going to do in the city of Pensacola.

Together they have five wonderful children, Javier, Zier, Zariah, Zion, and A’merie. 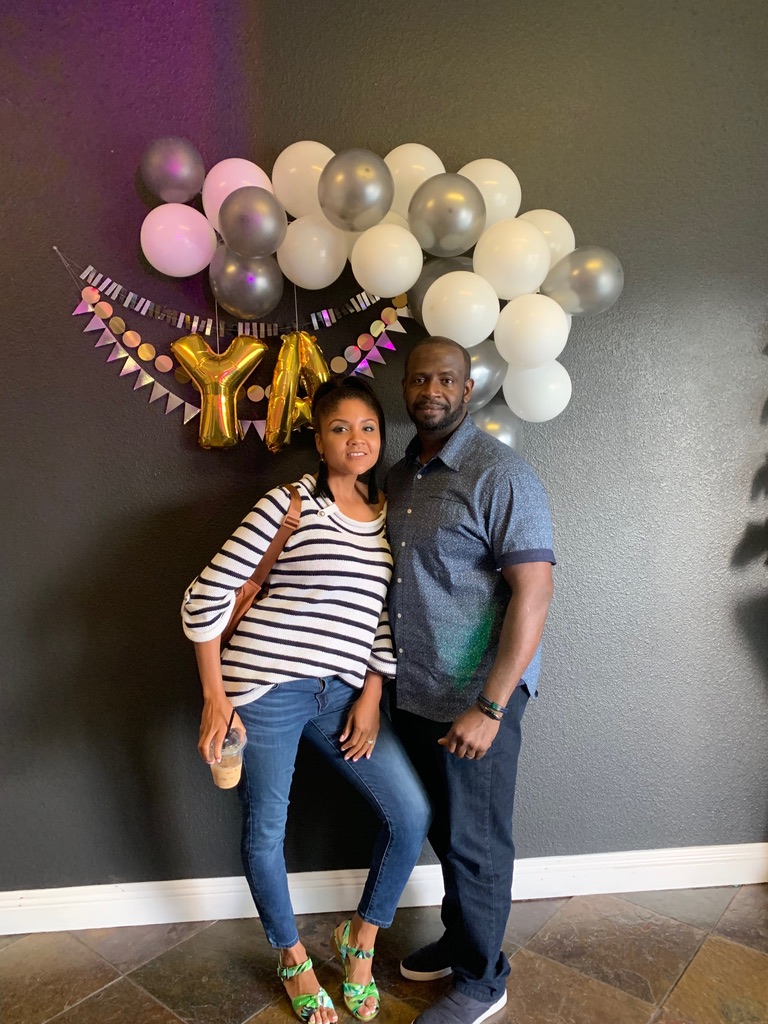 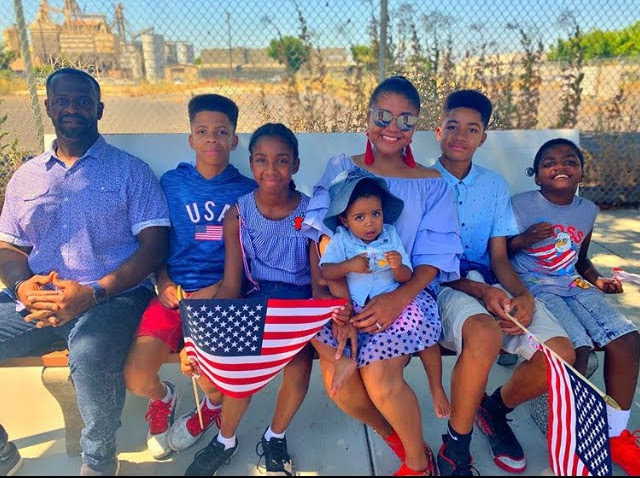 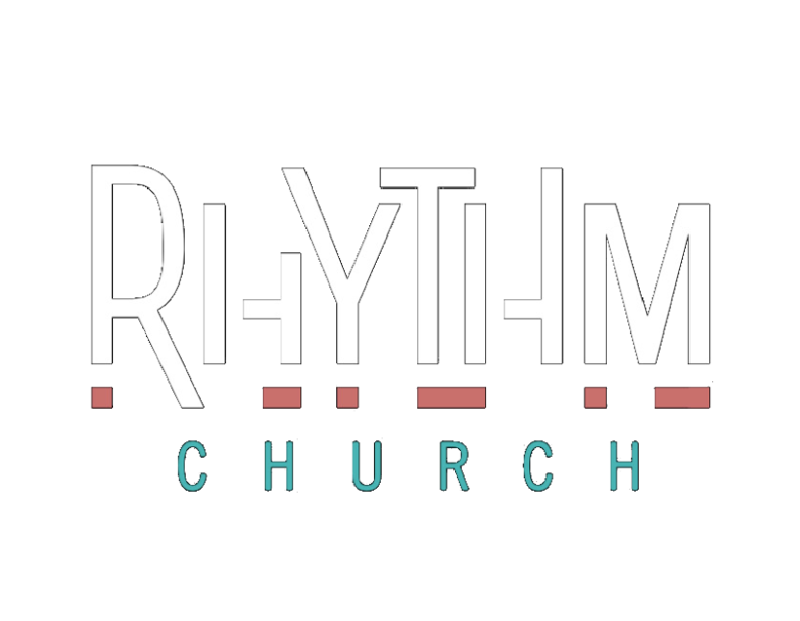 Pensacola is part of Escambia County. Pensacola is a city of explosive growth in population and new developments. 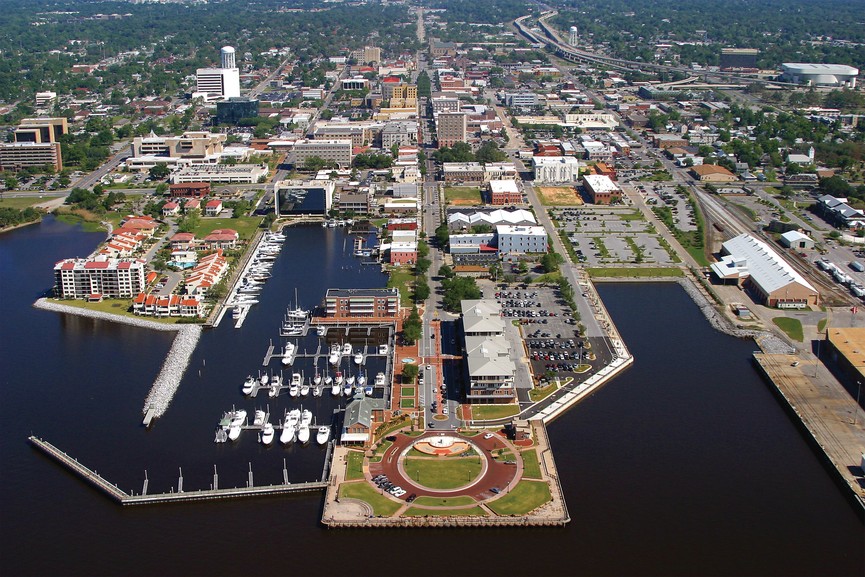 PRAY FOR THE CITY OF PENSACOLA.

PRAY ABOUT JOINING OUR TEAM.

PRAY ABOUT MOVING TO PENSACOLA.

We believe in the power of prayer. We are believing for a 1,000 people to partner with us in praying over our city, community, and launch of our church.

We're believing God to connect us with a team to help us launch Rhythm Church. Our goal to build a team of 100 people by the time we launch in January 2021.

Partner with us to help meet the needs of the church and the city of Pensacola. Your generosity will help us to launch our church and keep a standard of excellence in what we do. 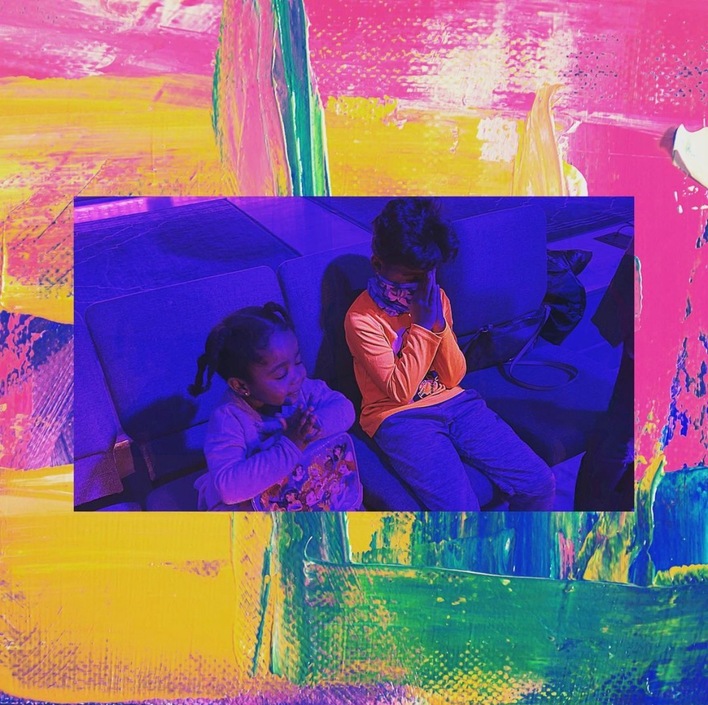 "Jesus said, 'Let the little children come to me, and do not hinder them, for the kingdom of heaven belongs to such as these.' "
Matthew 19:14 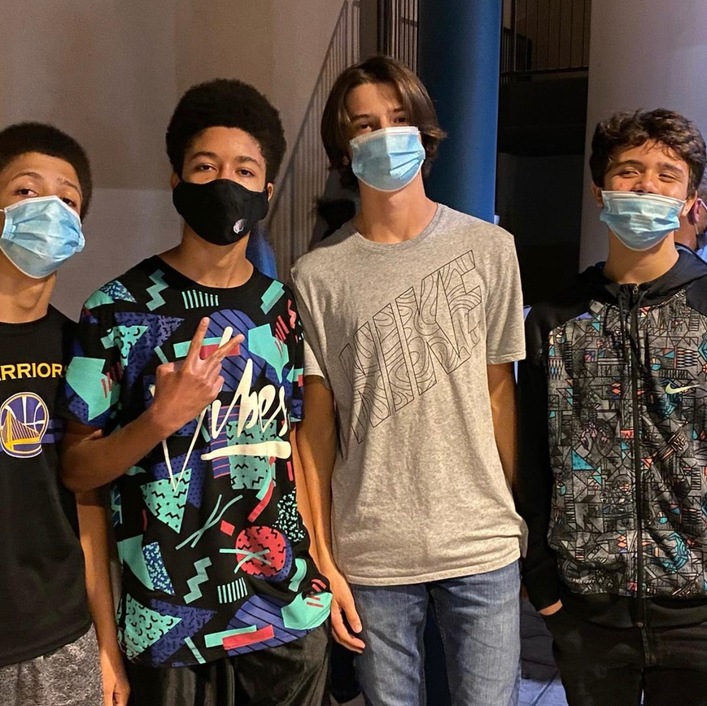 "Let no one look down on your youthfulness, but rather in speech, conduct, love, faith and purity, show yourself an example of those who believe."
1 Timothy 4:12 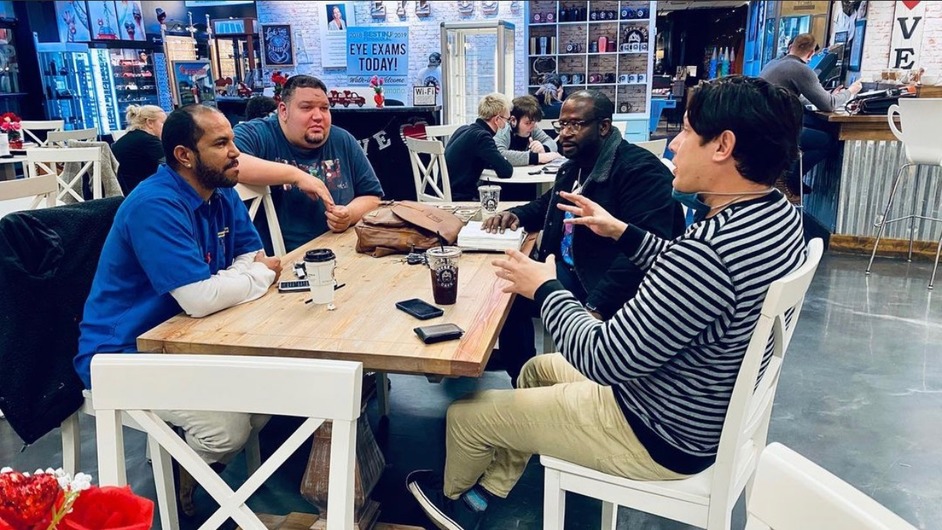 "As iron sharpens iron, so one person sharpens another."
Proverbs 27:17 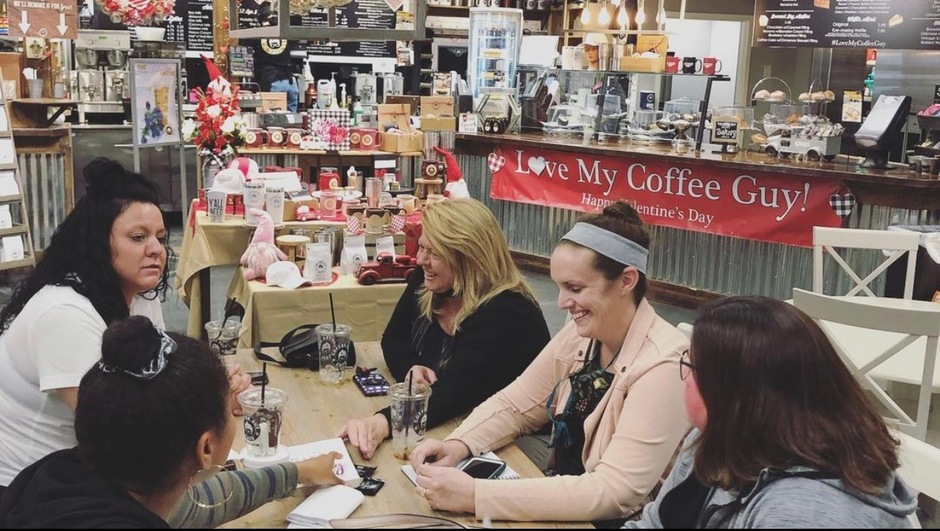 "Charm is deceitful, and beauty is vain, but a woman who fears the Lord is to be praised."
Proverbs 31:30 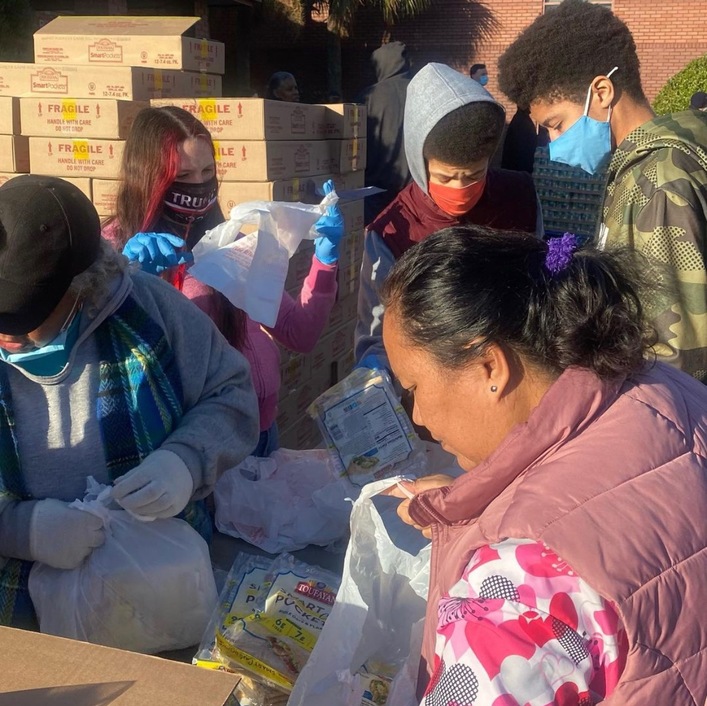 Being the Heartbeat of Jesus in the city of Pensacola!

"As each has received a gift, use it to serve one another, as good stewards of God's varied grace."
1 Peter 4:10

There are no upcoming events at the current moment.
Follow us to stay up to date on the latest news.


We have a launch budget that we are believing God to fulfill through partnerships.
If you feel God is speaking to you to partner with us financially, your generosity will help us share the gospel in Pensacola. 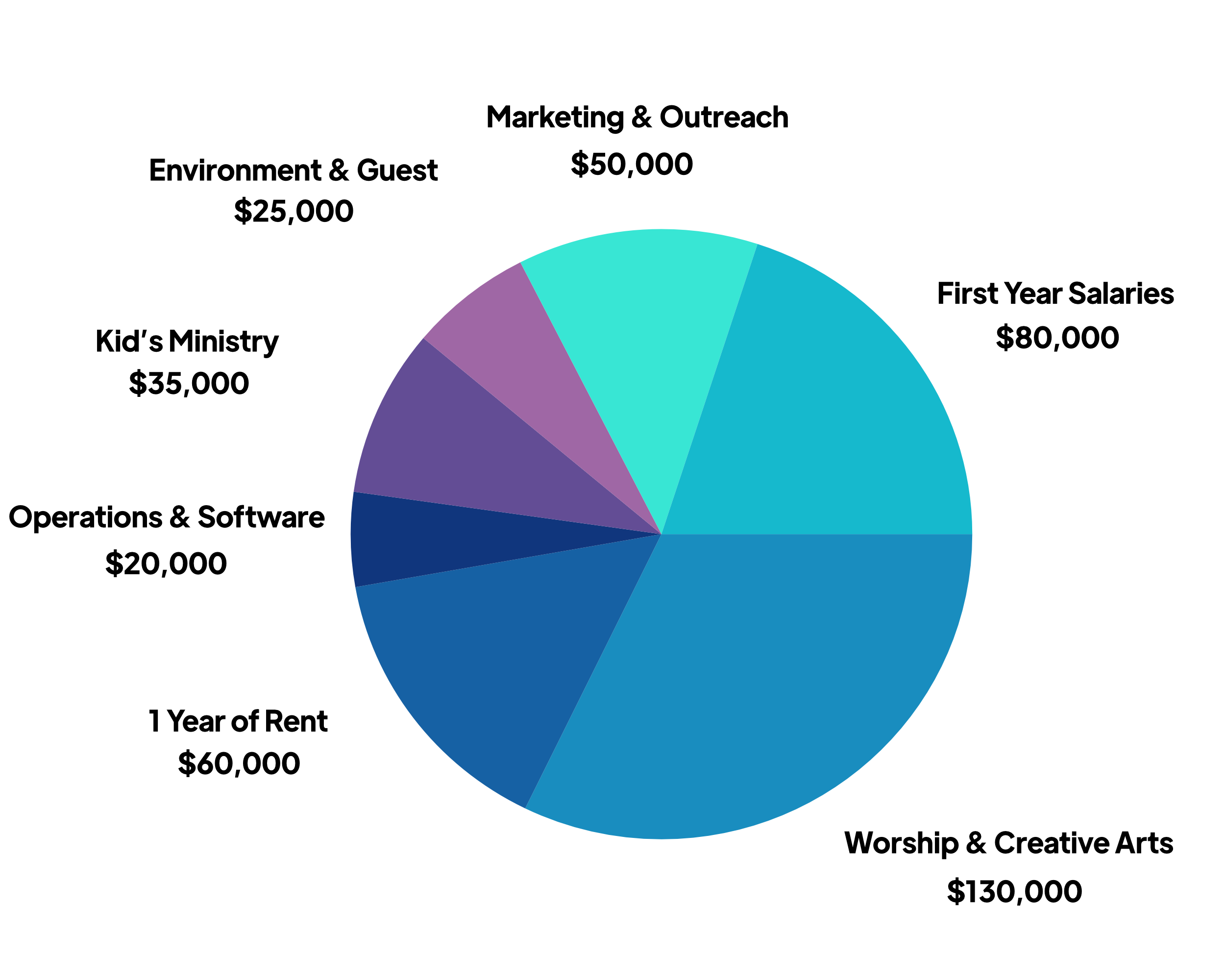 Join in with our vision and partner with us financially.
Your generosity will help us share the gospel in the city of Pensacola.

We want to hear from you. Send us a message and we will reach out to you.

Thank you! We will be in touch with you soon!
Oops! Something went wrong while submitting the form.